← more from
Basho Records
Get fresh music recommendations delivered to your inbox every Friday. 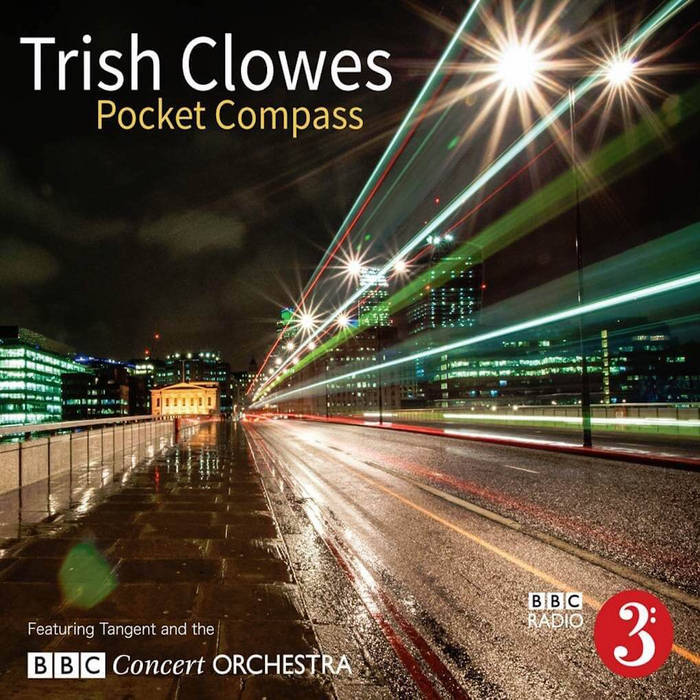 Saxophonist, composer and BBC Radio 3 New Generation Artist Trish Clowes has enjoyed a remarkable two years since the release of her last album ‘and in the night-time she is there’. She has worked with the BBC Scottish Symphony Orchestra at Celtic Connections, curated her own Emulsion festival at Village Underground and performed with artists such as Norma Winstone, Mike Walker and ECM recording artists Food.

Trish concludes her time as BBC Radio 3 New Generation Artist with the release of ‘Pocket Compass’, her third album for Basho Records. Some of the music features the BBC Concert Orchestra and represents a culmination of some ideas and preoccupations that have run throughout Clowes’ career so far. Clowes continues to integrate orchestral musicians carefully in to a clear overall concept, ensuring that they improvise as well as providing texture and colour. In many ways, this has become her dream project.

The title ‘Pocket Compass’ suggests ideas of keeping on the right path and staying true to yourself as a creative musician, insights very much enhanced by Clowes’ visit to California to spend time with the legendary Wayne Shorter. Clowes pays explicit tribute to Shorter’s advice and influence in ‘Wayne’s Waltz’, but much of the album is framed around this pivotal life experience. A day spent whale watching in California inspired ‘Pfeiffer and the Whales’, whilst Clowes composed ‘Question Mark’ immediately preceding the trip, her dramatic soprano playing being a focal point of its sound. This is just one of many exciting surprises on this album (see also Emulsion contributor Lauren Weavers’ jazz oboe, affectionately termed ‘jazzboe’ on ‘Balloon’).

As well as exploring Clowes’ experiences in California, the music on Pocket Compass also encapsulates Clowes’ life as a musician in London. Symphony in London is inspired by a poem by Oscar Wilde (another recurring influence for Clowes, following her setting of The Sphinx on her second album). The poem, about London and the Thames, contains imagery that spoke directly to Clowes, capturing both the ugliness and beauty of the city.

In addition to the involvement of the BBC Concert Orchestra, ‘Pocket Compass’ also marks the first time Clowes has recorded a complete album with her quintet, with Gwilym Simcock contributing his virtuosity and experience on piano across the whole set. The original Tangent group remain, making inspired individual contributions and sounding like an experienced, empathetic unit. This makes for a rich and immersive sound world, and a clear progression from Clowes’ previous work. The album will be launched with a special concert at the London Jazz Festival, which will also feature work by Guy Barker and Norma Winstone with the BBC Concert Orchestra, conducted by Clark Rundell.

Saxophonist and composer Trish Clowes has been described as “an improviser to be reckoned with” (Downbeat Magazine). Her band MY IRIS – with Chris Montague (guitar), Ross Stanley (piano and Hammond organ) and James Maddren (drums) – have toured worldwide and been hailed as “the jazz of the future” (Augsburger Allgemeine).

Bandcamp Daily  your guide to the world of Bandcamp

Lance Skiiiwalker joins the show to discuss his most recent releases